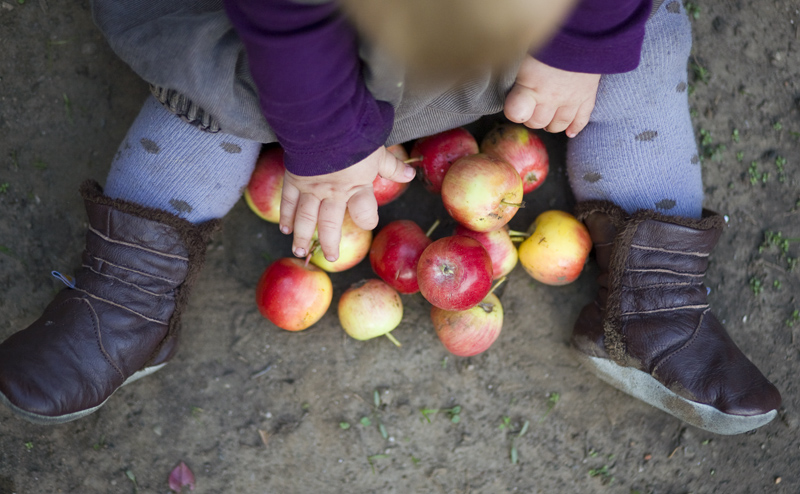 Hi, it’s David. I have a confession to make. I don’t like apple pie and I have never liked it. I apologize to all my relatives and friends for saying that I liked your pies, I was just trying to be polite. The truth is that big pieces of apple – ovenbaked until soft – tastes gooey, slimy and kind of scary in my world.

I know that 99,9% thinks that apple pie is the best thing ever. But I don’t. I like my apples raw. 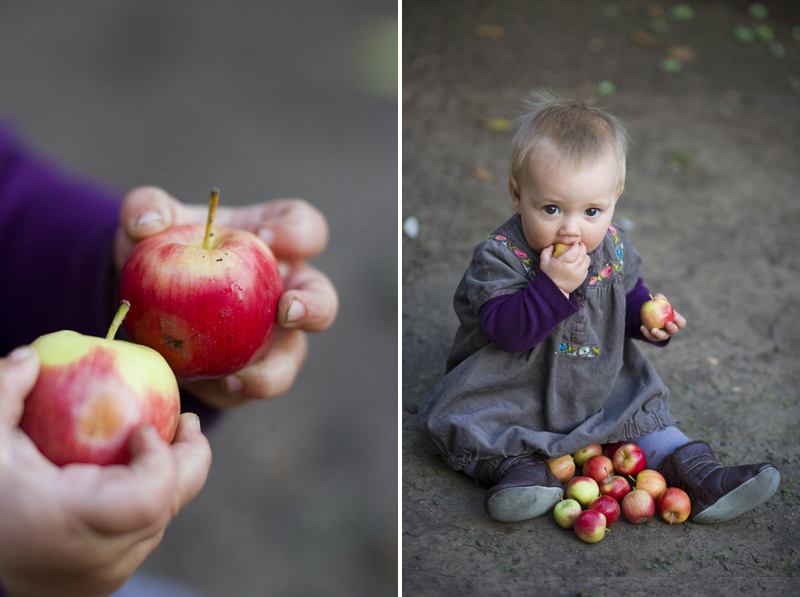 Luise loves apple pie. And because of that most apple pies are way sweeter than they need to be she wanted to make an apple pie her own way. My first reaction was of course No F-ing Way. No apple pies on this blog. Then I realized, hey maybe now I have a shot of making an apple pie that I actually could finish without hiding the apple pieces in a napkin. So here is our version of an apple pie. 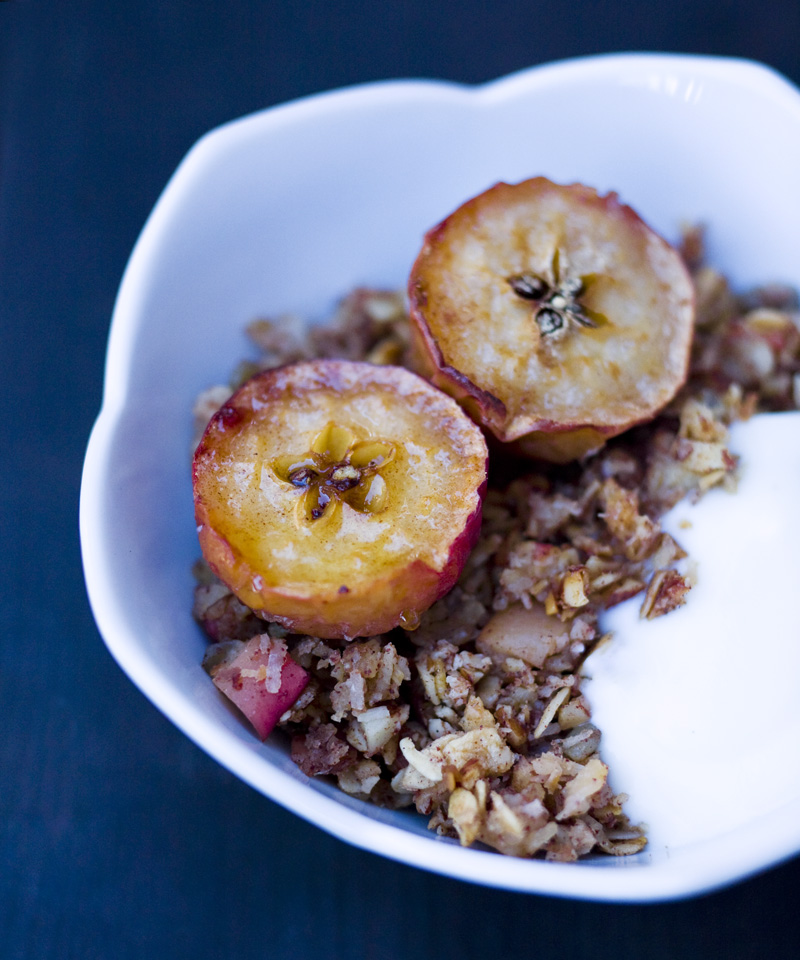 Since I don’t like big gooey apple pieces we decided to use really small pieces in this pie. We also decided that we wanted a crunchy, nutty kind of pie, so we didn’t use any flour or egg. Just nuts, seeds, oat, coconut oil and maple syrup. Without thinking about it also turned out vegan. Luise insisted on topping it with baked crabapples, and even though I gave my apples to Elsa (she loved them!) I must admit that they looked pretty. 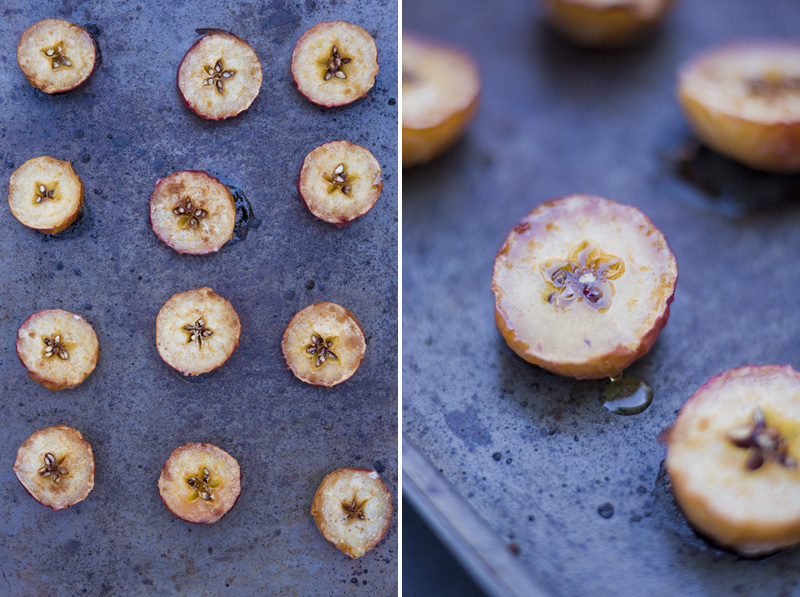 This pie is actually quite similar to a granola. Although the small apple pieces will be soft (almost melted) and the pie will hold together, but just barely. Try serving it with a greek or goat yogurt (soygurt if your vegan) instead of the traditional ice cream or vanilla custard, the tanginess in the yogurt tastes great together with the sweet crumble. Be sure to serve this pie while it’s hot. 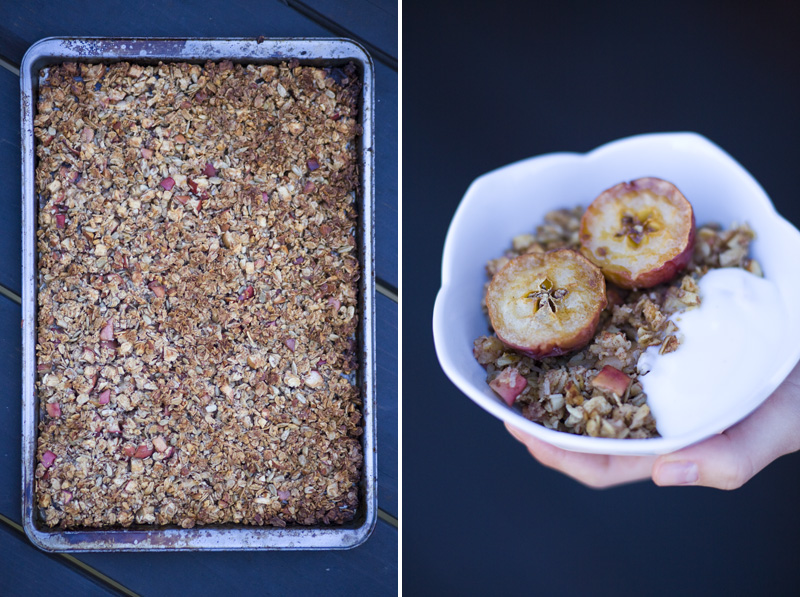 This is a two piece pie. Make the crumble in one tray and the crabapples on another. Put them together before serving each portion.

Preheat the oven to 375° F/190°C. Cut the apples in half and place on a greased baking tray. Lightly dust with ginger and cinnamon. Bake them until they are soft on the inside and crispy on the outside, around 30-40 minutes. While the apples are in the oven, make the crumble.

Mix all the dry ingredients in a bowl. Add apples, maple syrup and coconut oil and work it together by your hands to a sticky crumble. Grease a baking tray with coconut oil (or use baking paper). Flatten the crumble out on the tray in a thin layer and bake, next to the pan with the crabapples, for 15-20 minutes or until golden and crispy.

Put a couple of spoonfuls of the crumble and 2 halves of the crabapples in small bowls and serve with any kind of yoghurt you prefer. 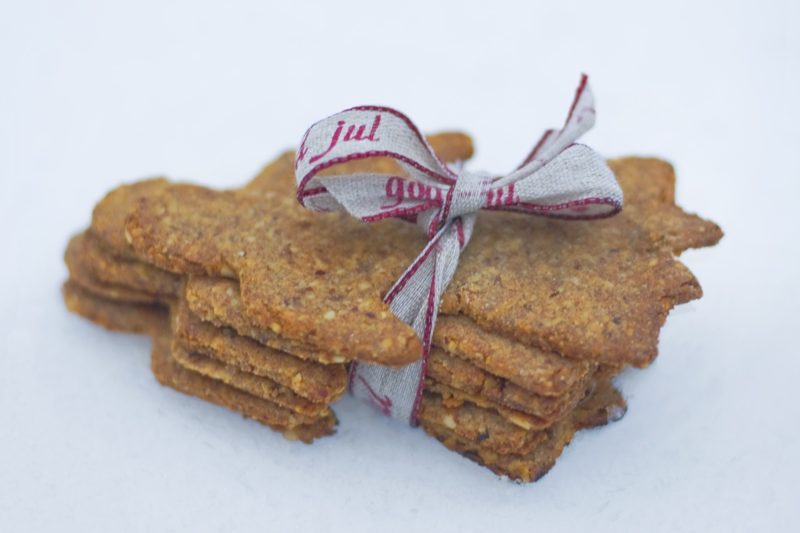 Not Your Traditional Pepparkaka 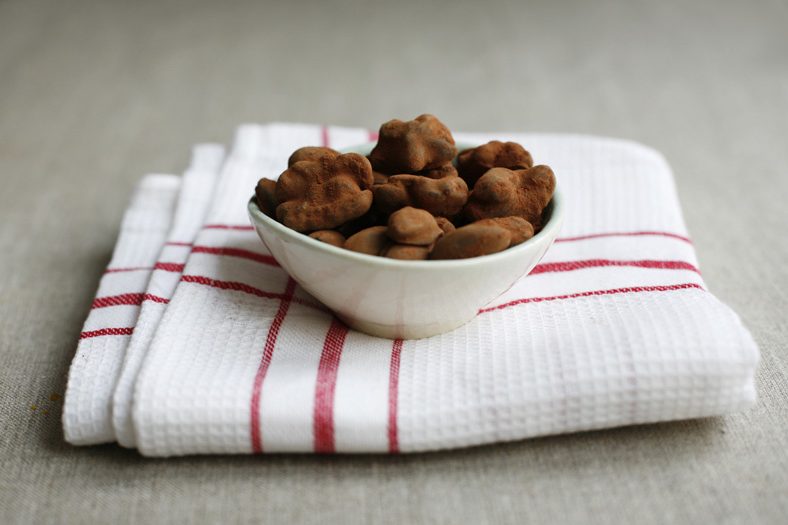 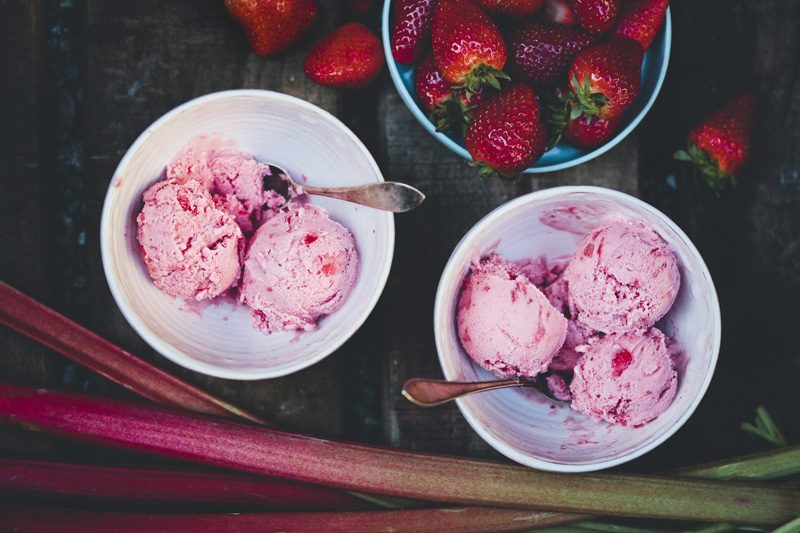 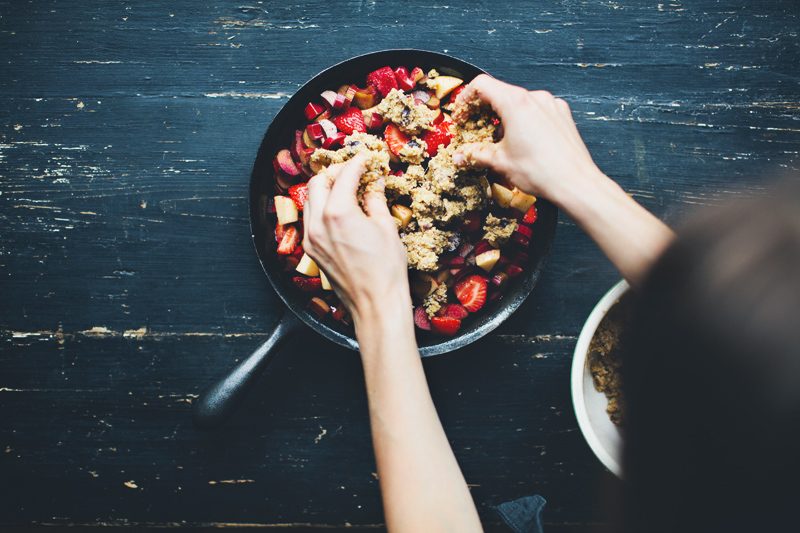 Leave a Reply to Brian or Cancel Reply