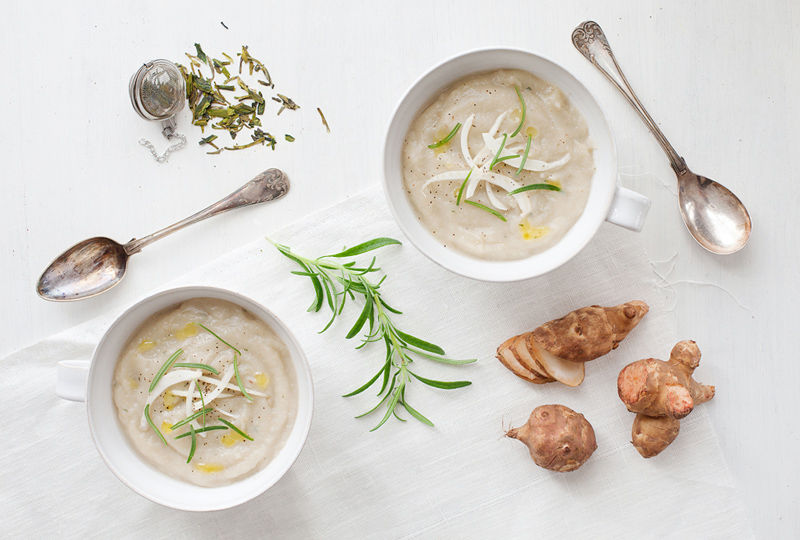 Have you met the Jerusalem artichoke (also known as sunchoke or sunroot) before? It may look like a small dirty potato to you, but it is in fact a delicious little root, who despite its name not is related with Jerusalem nor with the Artichoke – but with the Sunflower. It is actually kind of a funny story:

As I mentioned, the Jerusalem artichoke is a root. Its flowers look kind of similar to sunflowers, which isn’t strange since they actually come from the same family. The Italian word for sunflower is Girasole, which literally means turn to the sun. And here comes the funny part. Somewhere along the line the name Girasole got misinterpreted for Jerusalem (when you come to think about it, they actually sound kind of similar). And to make things even more confusing, a French explorer that sent some samples back home, noted that its taste was similar to artichokes. And somehow, 400 years later, this root is still called Jerusalem Artichoke, a name that has little to do with its origin. The ironic thing is that the Native Americans – who first discovered this root – called it sunroot. The perfect name for a root from the sunflower family. So, what do you say, shouldn’t we do as the Native Americans and just call it Sunroot? 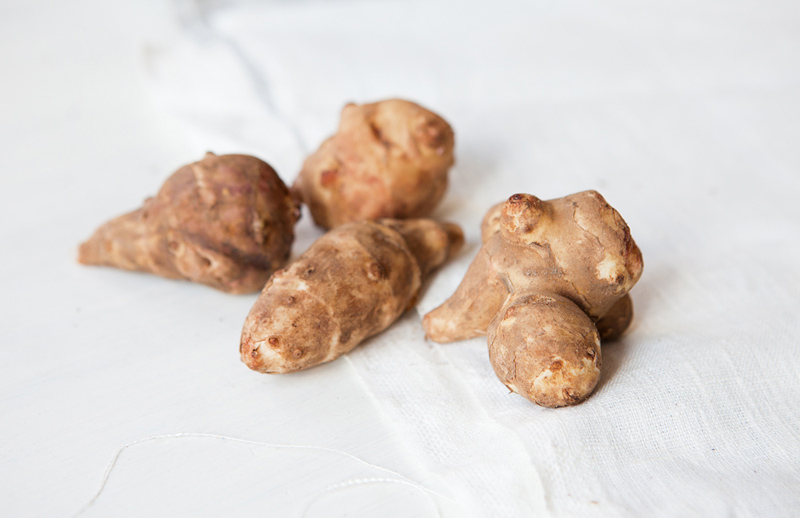 What is so great with sunroots is that they are very nutritious. They are a good source of iron and they don’t contain regular starch, like potatoes for example do. They dissolve easily when boiled and have a sweet and a nutty taste, which makes them the perfect soup vegetables. A lot of sunroot soup recipes call for heavy cream, we left it out to make it lighter, and also because the vegetables alone are enough to make this soup creamy.

What is not so great with the sunroots is that they often are pretty small and come in very strange shapes, which makes it a hassle peeling them. But believe me, they are worth it. 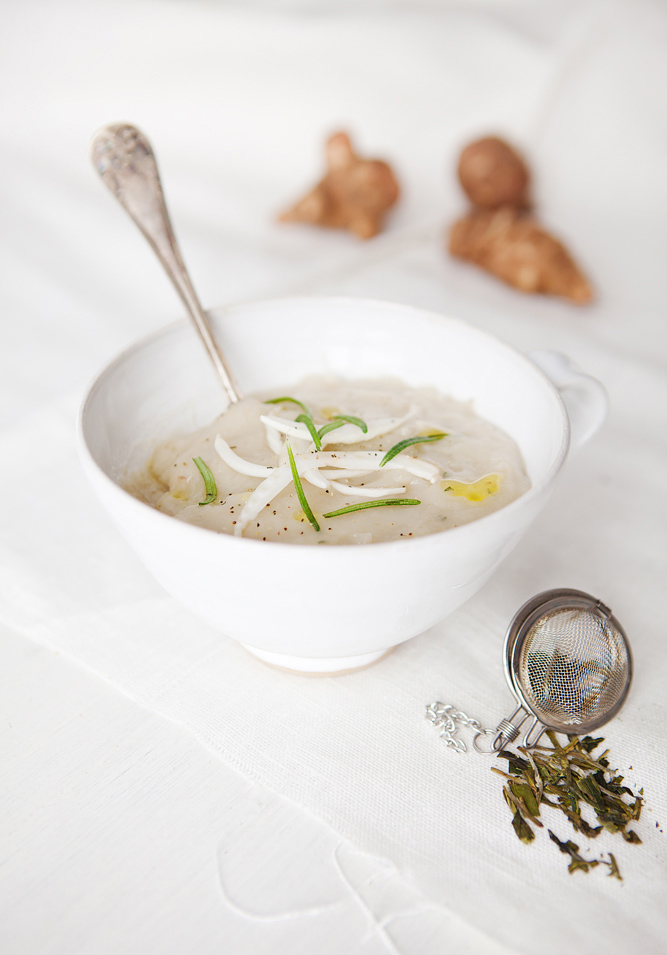 We used green tea instead of broth in this soup. The flavors from the tea really works good together with the sunroot. Tea infusion is a fun way to experiment with new flavors in your standard soups. If you are in to it, you could also add some white wine to this recipe.

Start by peeling the sunroots (or bribe someone to peal them for you). As soon as they are peeled, put them in a large bowl with cold water (and a squeeze of lemon in it), this prevents them to turn dark. Pick up the peeled sunroots from the water and chop them into 1-inch pieces. Put a big pot on medium heat on the stove. Saute the leek, garlic and the sunroots for a couple of minutes. Add the lemon juice, the chopped rosemary, salt and pepper and about two thirds of the green tea. As soon as it starts boiling, turn down the heat to low, and let it simmer for about 30 minutes. Take the soup off the stove and blend it. If the soup feels too thick, add the rest of the green tea and let it simmer for two minutes more. Taste it, add more spices and lemon juice if needed. Serve with a dash of olive oil, fresh rosemary and some thin slices of fennel. Enjoy! 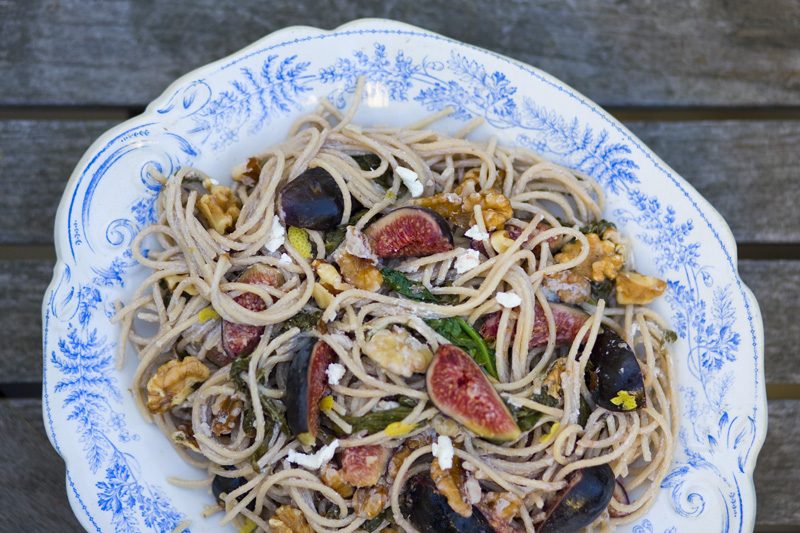 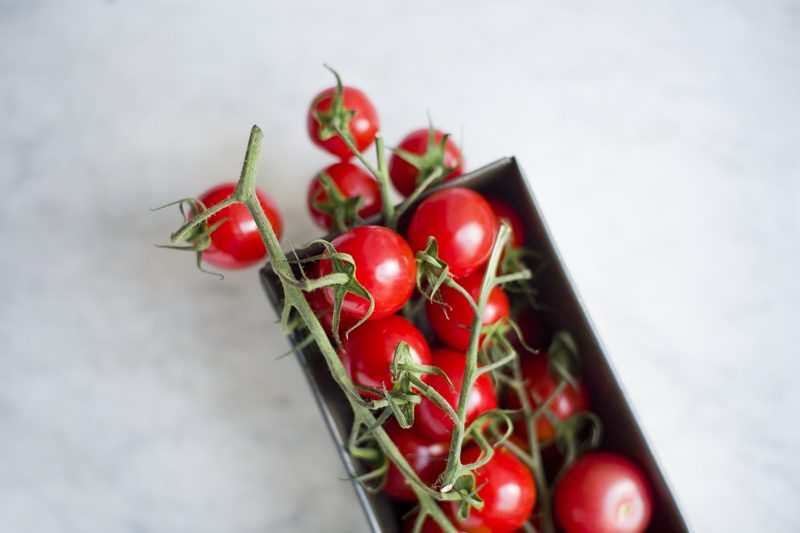 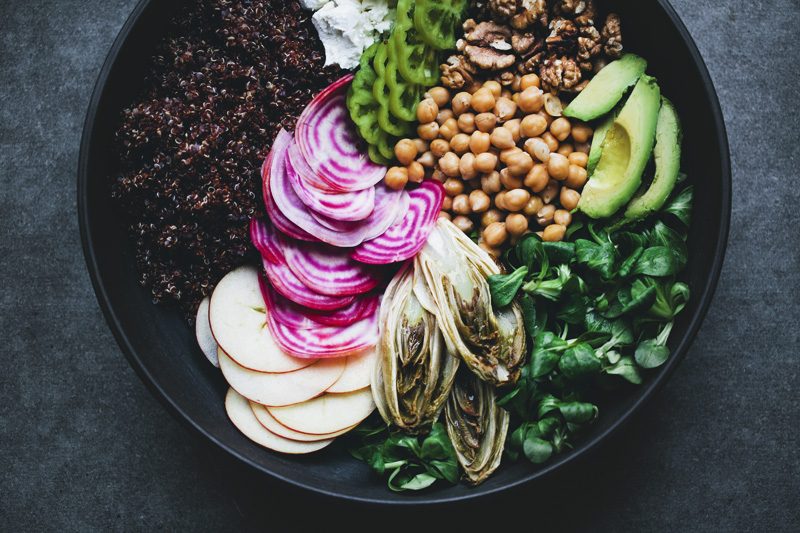