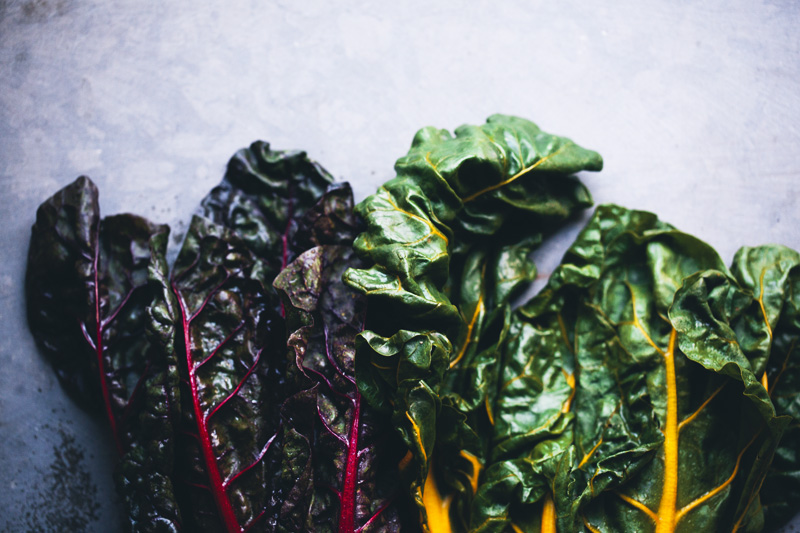 You know when you look into the fridge and get that feeling of despair – how can I possibly make dinner of this? I am guessing it’s a rather common problem in most families. Last time it happened to us was just a few days ago. I found an edge of an eggplant, one (!) mushroom, some sad-looking spinach, four sun-dried tomatoes, half a pack of oat milk and a six-pack of eggs – on their own, they weren’t sufficient for anything, but together, hmm what could we make? The eggs made things a little easier. At first we thought about making a scramble, but it felt more like breakfast than dinner. We talked about a frittata, but we had no potatoes. Then David mentioned the oven-baked pancake we did almost a year ago. When he was a kid, they sometimes filled it with vegetables and served as dinner. So that’s what we did. It was a simple weekday dinners, but it was so quick to make and turned out so good that we decided to recreate it here. This time we filled it with some beautiful organic rainbow chard that we found at the market this morning.

They call it pancake in Sweden, but it is perhaps better described like a combination of a frittata and a soufflé. It’s quite light and airy, especially straight from the oven. As it cools down, it becomes more set and if you let it cool completely and leave it for a few hours, you can slice it up in 1/2 inch/1,5 cm pieces and wrap for a picnic. For that purpose, you could also bake it in two small loaf pans. Elsa prefers them like that, almost like a savory flapjack. 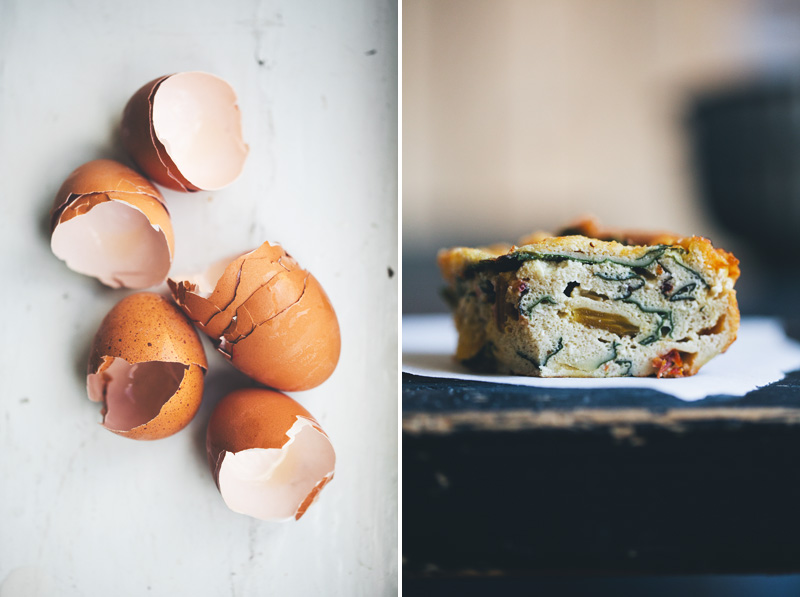 We noticed that a few of you had problems making the Fat Almond Pancake, that this recipe is based on. We had actually got the fahrenheit conversion a bit wrong (so sorry about that, it’s now corrected!), but the pancake should still be baked on quite high temperature, get slightly burnt on top and still creamy inside. That’s how we like it best. Just make sure to stir everything thoroughly, so the flour doesn’t end up at the bottom. In this recipe, we have used a slightly lower temperature to get it all baked through and used less almond and more buckwheat flour. I mentioned that it is slightly similar to a soufflé. It does puff up a bit, but to make a real soufflé you need to separate the eggs and beat the whites into soft peaks. You could definitely go that route as well, but it just felt too complicated for us as a weekday dinner. 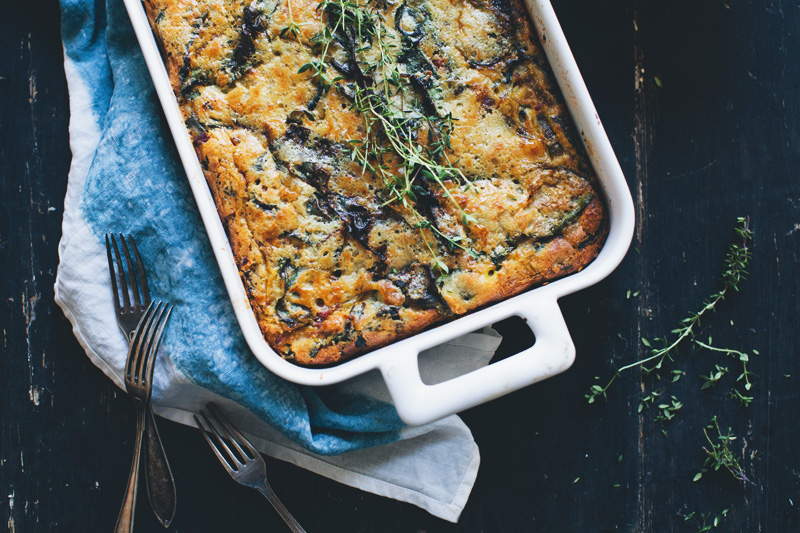 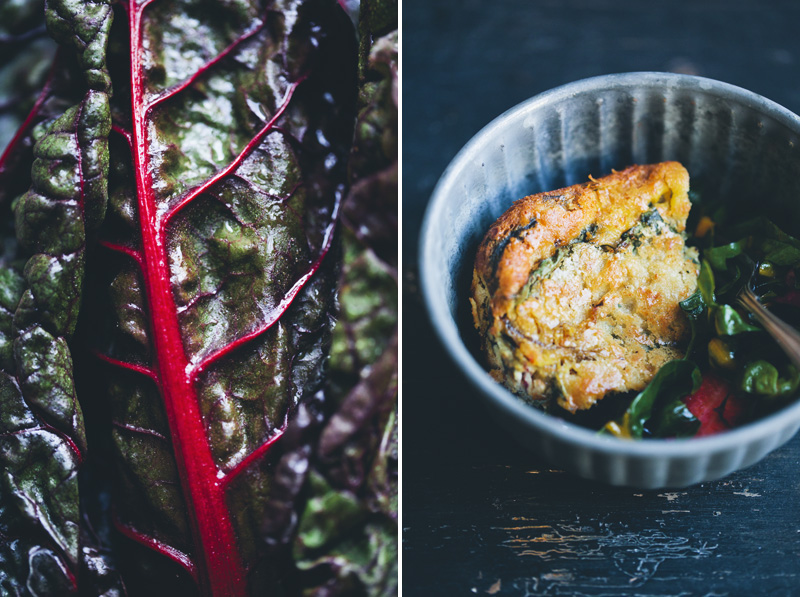 Before we move on to the recipe, we have a cooking challenge for you. And it includes a nice price!

We have teamed up with Electrolux to create a recipe for their upcoming live video event Now You’re Cooking Everyday. Our recipe will be cooked live on 23 April 17.00 CET. But they also asked our readers – you guys, for your best breakfast recipe. The winner will not only have their recipe cooked live, but can also choose a free product from the new Expressionist collection. To enter the challenge, send your favorite breakfast recipe to hello@gkitchenstories.com. The recipe should include at least one step using an immersion blender or tabletop blender. We will look through the recipes together with Electrolux and choose a winner based on originality, simplicity and how delicious it sounds. Last day to enter is 9 April. We will the announce the winner here on the blog and on our Facebook page. 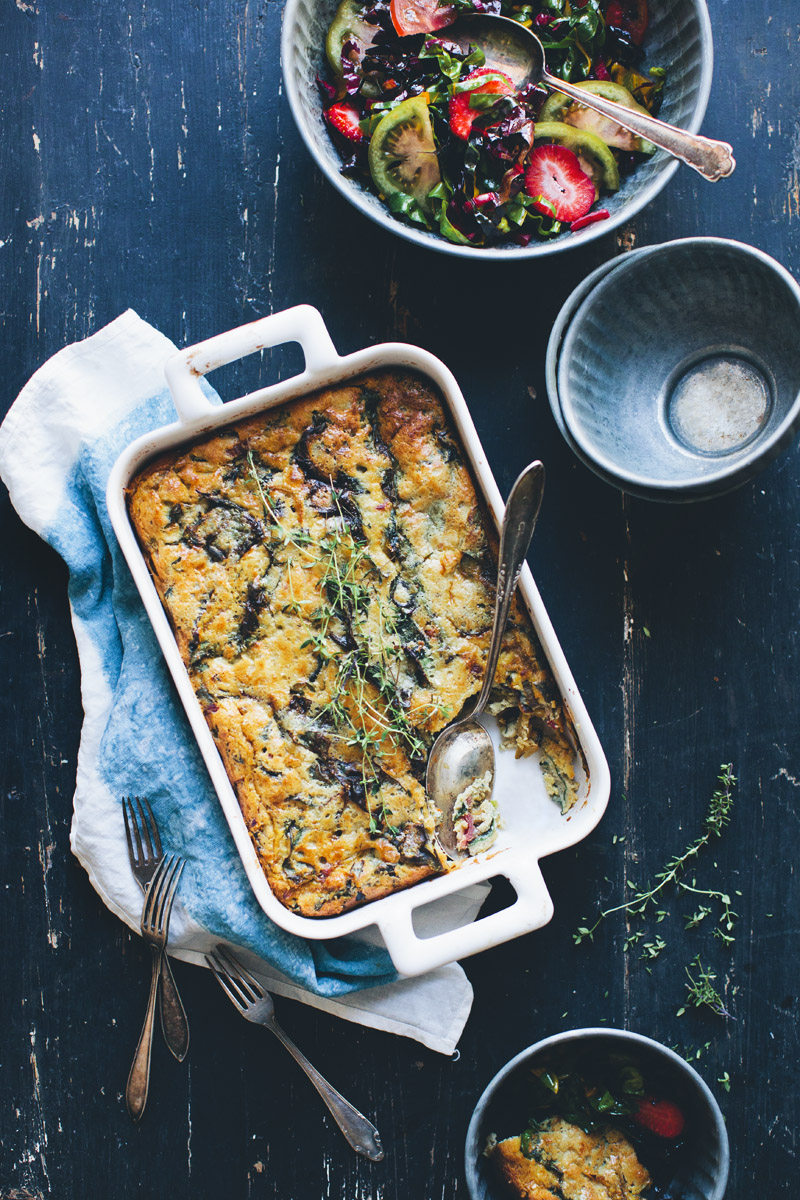 You can use just about any vegetables in the filling, so it’s a great budget recipe and for emptying the fridge. Simply just fry them up in a pan for a few minutes before adding them to the batter.  The almond flour and buckwheat flour might be a little costly if you are on a budget, but you can replace them with 1 cup whole wheat flour.

Vegetable filling
1 onion
1 large bunch rainbow chard, s or other spring greens (save half of the bunch for the salad, see below)
8 sun-dried tomatoes, thinly sliced (if dried, soak in water for 15 minutes or until soft)
2 sprigs fresh thyme or 1 tsp dried thyme

Preheat the oven to 410°F (210°C). Place a 8×10-inch (20×25 cm) baking dish inside the oven. Thinly slice the onion and 1/2 of the bunch of rainbow chard, reserve a few whole top leaves for later. Heat oil in a skillet and stir-fry the onion, chard, thyme on medium to low heat for 5 minutes, stirring occasionally. Set aside. In a separate bowl, use a whisk to beat the eggs in a large bowl until frothy. Add milk, flour and sea salt. Keep whisking until smooth. Add the stir-fried chard, thinly sliced sundried tomatoes and parmesan cheese. Now place the piece of butter or coconut oil into the warm baking dish in the oven. Remove the dish as soon as the butter or coconut oil has melted and pour it into the batter and stir to combine. Pour the batter into the dish and arrange the reserved chard leaves on top, make sure that they are at least partially covered in batter. You could sprinkle a little grated parmesan on top, if you like. Place the dish back in the oven and bake for around 30 minutes or until nicely browned and set. Meanwhile prepare the salad. Place the sliced chard, strawberries and tomatoes in a bowl, drizzle with honey, oil and lemon juice, season with salt and pepper and toss to combine. Remove the dish from the oven, let cool slightly and serve with the salad.

Ps. We are off to Lisbon now to have a cooking workshop and food photography class at Casa Vinyasa with 60 participants! It’s going to be so much fun to meet some of you guys! 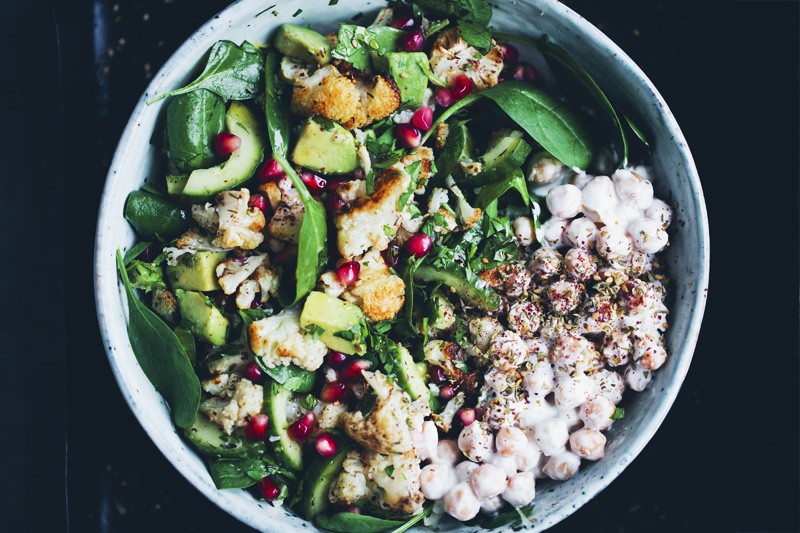 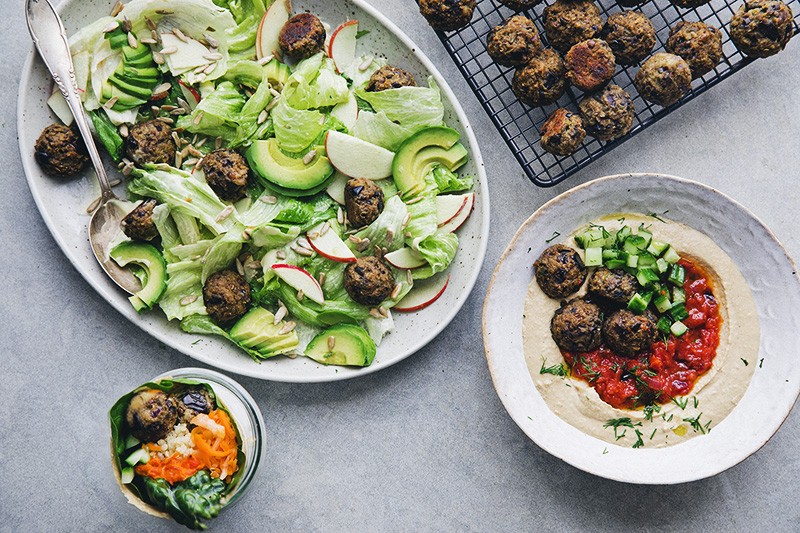 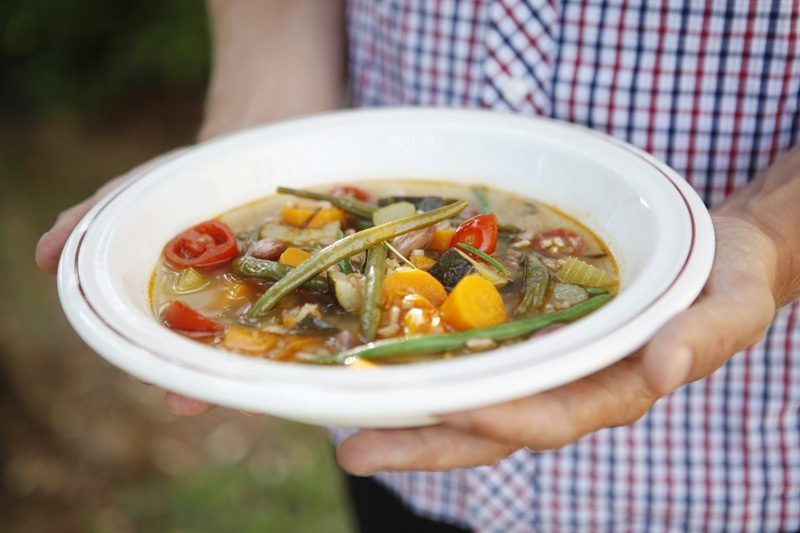