The thanksgiving weekend is over. It was our first thanksgiving ever and we did what all people in America do. Ate way too much. It turned out that one of David’s relatives lives in San Diego, and he invited us to celebrate a traditional American Thanksgiving dinner with him and his family. It was a fun experience and all the zillion different dishes tasted delicious. Although next year we will arrange it ourselves, we figure that we could try to make those pies without using so much sugar.

After all the indulging this weekend we wanted to make something light and fresh. We decided on this Moroccan Quinoa Salad. They would probably serve it with couscous in Morocco but we prefer quinoa as it is richer in protein and is gluten free. 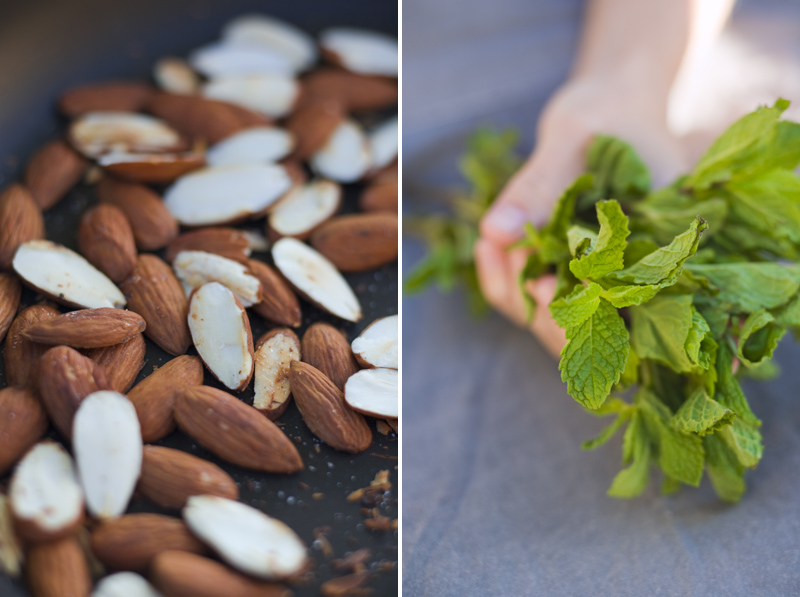 Most Moroccan dishes calls for a whole cabinet of spices. Since we are traveling we don’t carry many spices with us and have therefore stripped it down to the most important ones. The key ingredient in this salad is mint. Together with cilantro and lemon it gives the quinoa its fresh taste, the cinnamon and raisins adds sweetness and the almonds makes it crunchy and salty. 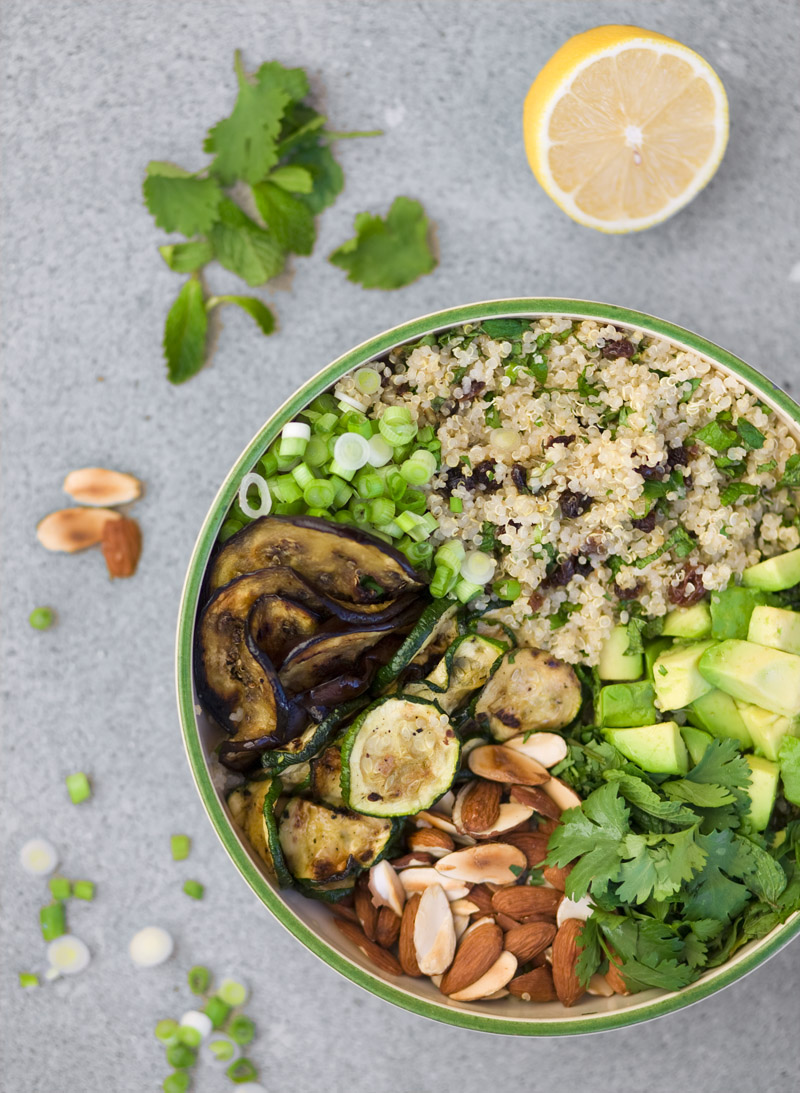 If you don’t feel like marinating the zucchini and eggplant yourself you can find ready-made at most supermarkets (but nothing beats homemade).

Start by making the marinated vegetables. Spread out the zucchini and eggplant slices on a bbq, in a grill pan or in the oven, a couple of minutes on each side. Put them in a bowl, drizzle olive oil, garlic and salt over them and set aside.

Cook the quinoa according to the package but add one tbsp cinnamon in the water. When it’s done cooking, rinse and set aside to cool off. Squeeze the juice from half a lemon and add five tbsp of olive oil into the quinoa. Chop half of the mint leaves, half of the cilantro and all the raisins, throw them in the quinoa and toss it around until everything is mixed. Serve in bowls together with the marinated vegetables, avocado, spring onions, the rest of the mint and cilantro and the roasted almonds. 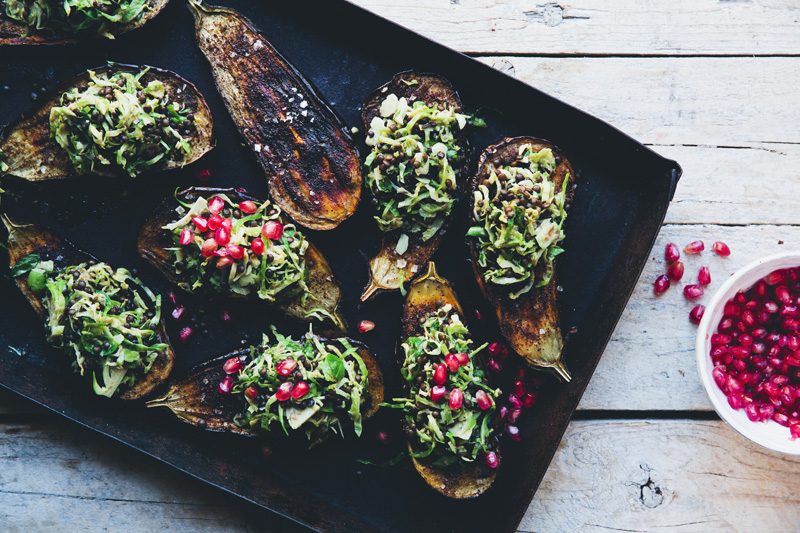 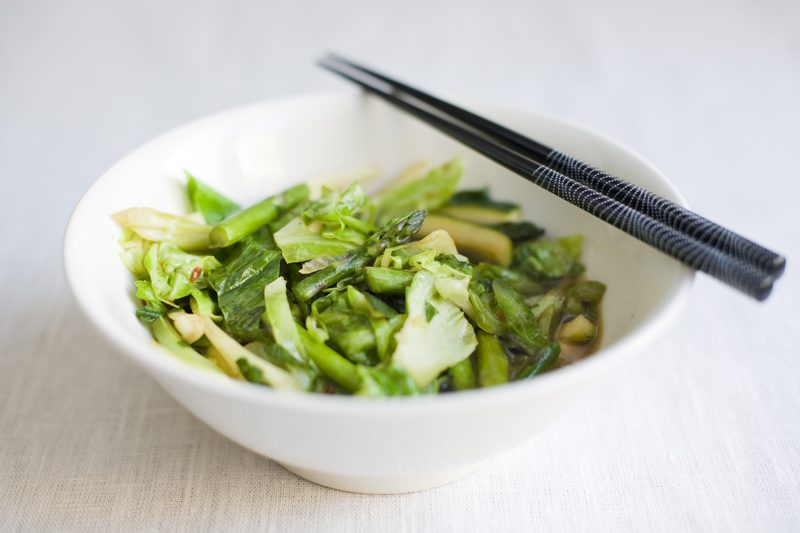 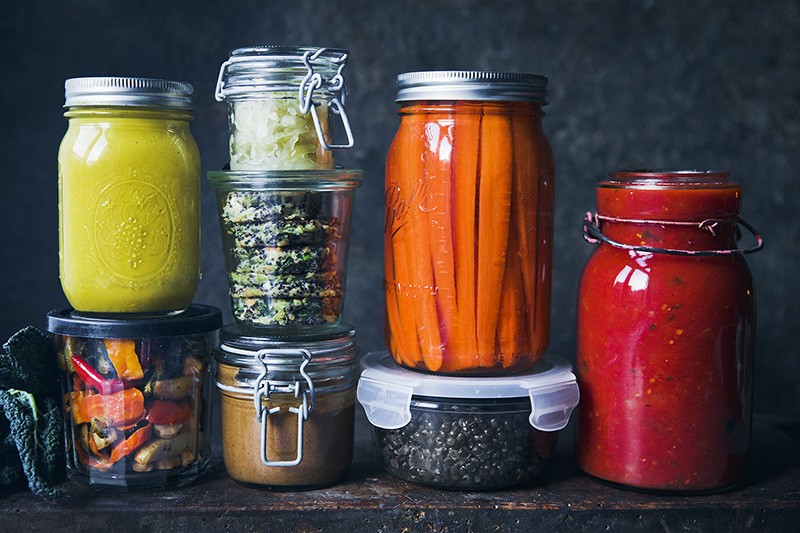 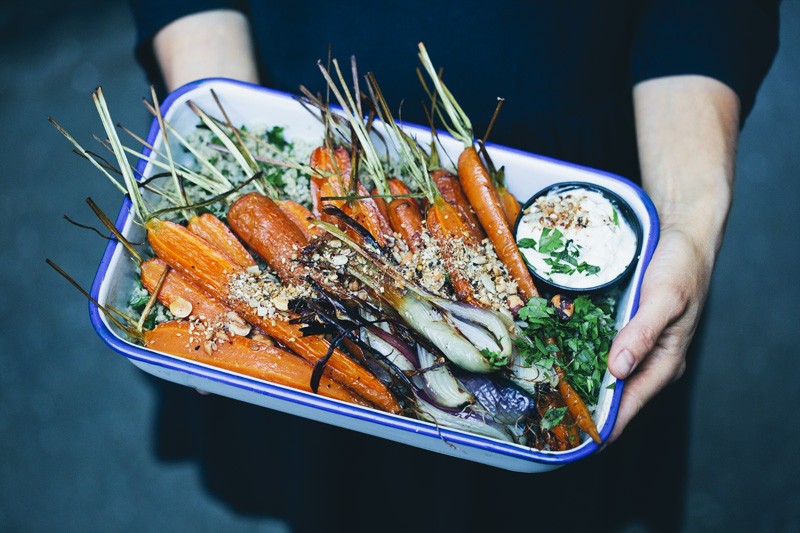