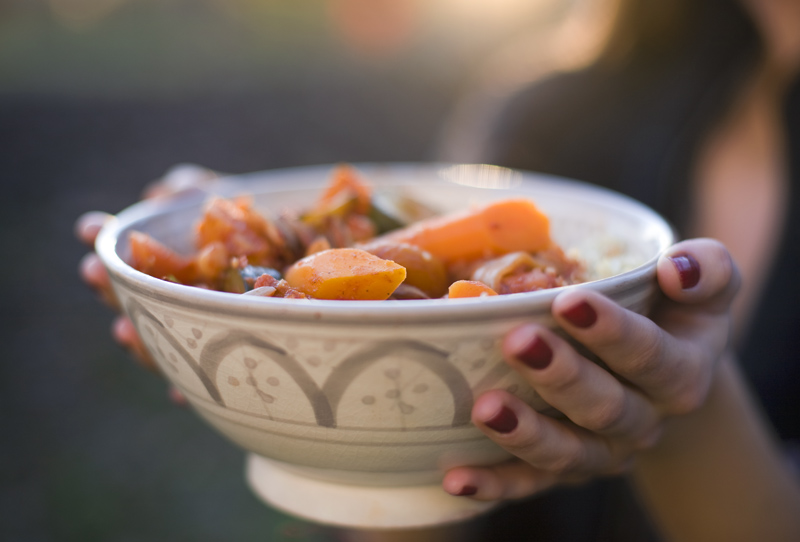 I have no idea how we have managed to keep this dish from you guys for so long. I have been using the same recipe for years and it is one of those dishes that always whispers in my ear: “Hey, why don’t we see each other more often?”. It’s a rich, warm and comforting dish, similar to a stew or a hot pot. It’s sweet, yet a little spicy. It has a scent of cinnamon and sweet raisins with a twist of lemon and cilantro. Not to mention, it’s perfect for a cold winter day.

Let me quickly explain the tagine (or tajine). It is similar to a large clay pot with a conical lid. I am not a scientist, but as far as I understand the moist and flavors that evaporates from the food stays within the lid and – thanks to its shape – drips down back into the food. So the food is steamed in it’s own vapors and cooked/baked at the same time, isn’t that just groovy!? The result is incredibly tender vegetables filled with flavors.

With all this explained, we have to admit that we actually didn’t cook this version in a tagine (we have made it in a tagine before though). This time we used a regular clay pot. It doesn’t give the exact same result, but with a couple of tricks you will get pretty close. 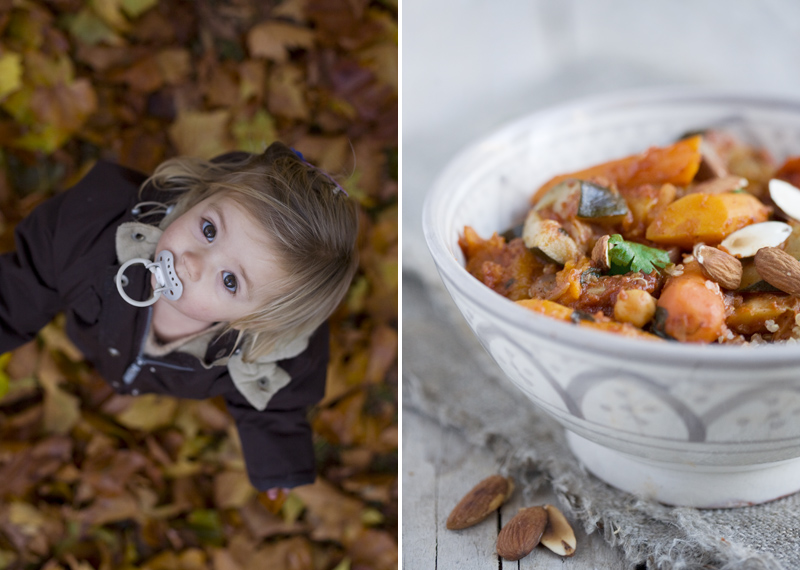 A few simple secrets to a successful tagine.

1. Always balance the sweet (apricots, raisins and cinnamon) with the spicy (harissa or chili).

3. Don’t stress it. Let the vegetables sweat for a long time on low heat under a lid.

4. No peeking. If you lift the lid the steam will vanish. If you however have to lift the lid, make sure that the vapor under it drips back into the pot.

5. Stir carefully. After a while the vegetables will be very tender and you don’t want to crush them. 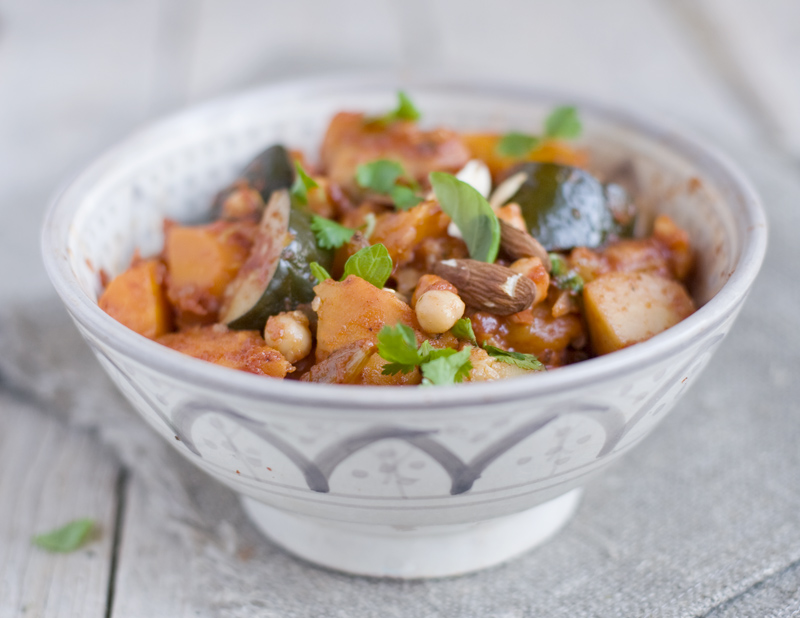 You can use almost any kind of vegetables in this stew, it’s perfect for emptying the fridge.

In a clay pot: Heat olive oil in a large clay pot and sauté the onion for a few minutes until it softens. Add garlic, ginger and the spices and stir around before adding harissa, tomatoes, lemon juice and fresh cilantro, Bring the tomato sauce to a boil and then lower the heat.
Add pumpkin, carrots, sweet potato, zucchini and apricots. Stir around, make sure that all vegetables are somewhat covered in tomato sauce. Put the lid on and simmer for about an hour. Stir carefully once or twice, otherwise leave the lid on.

In a tagine: Prepare the tomato sauce according to the instructions above. Transfer it to the tagine. Add the vegetables, attach the lid and put in the oven on low temperature for at least an hour. When the vegetables feel tender, add chickpeas and raisins and let everything simmer for 5 minutes before removing it from the oven.

Serve the tagine in bowls together with cooked quinoa. Sprinkle with almonds, lemon zest and fresh spices. 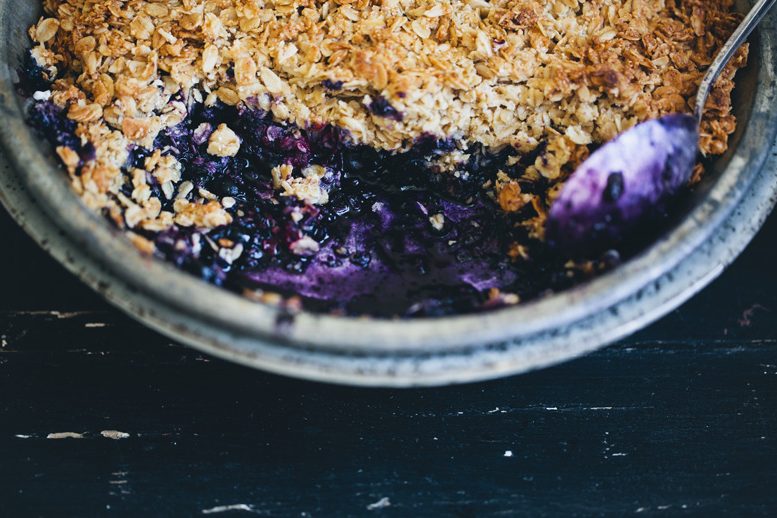 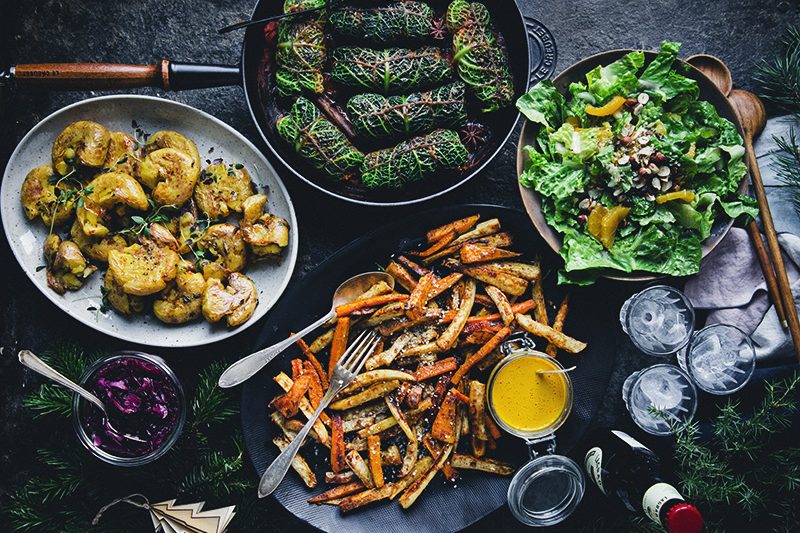 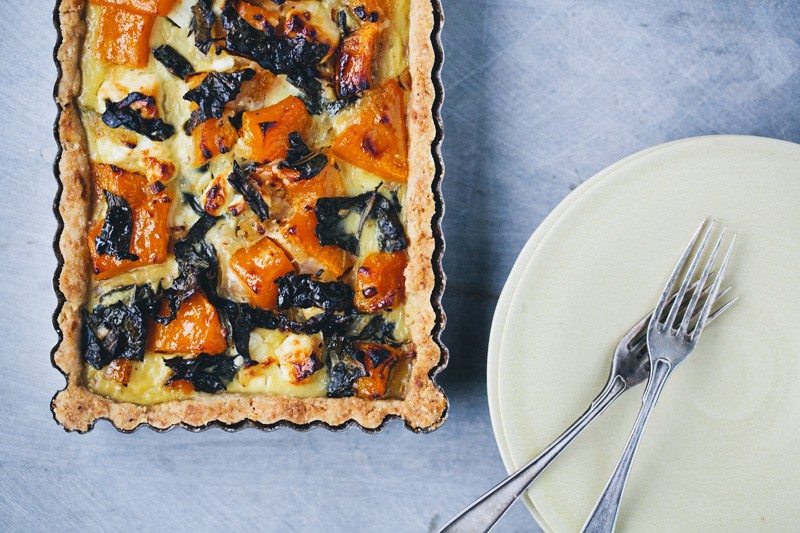 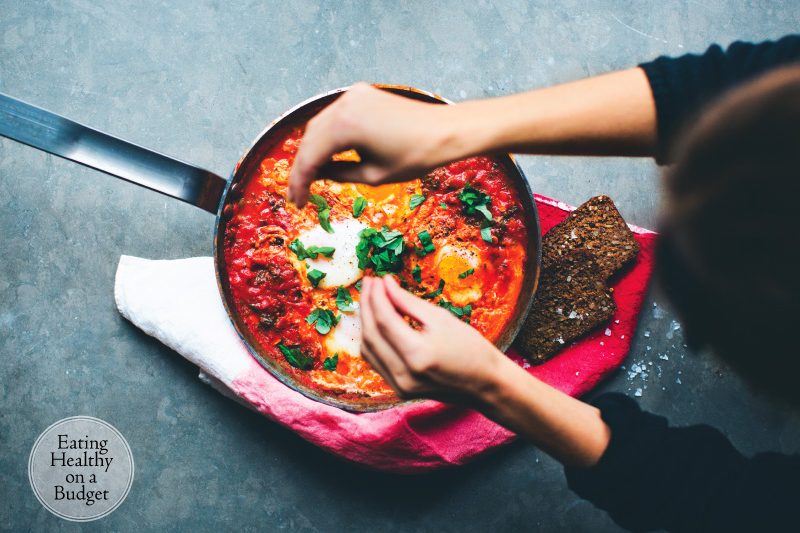 Shakshuka on a Budget